What can we agree on?

We The People is about finding a slate of issues that liberals, moderates, and conservatives can all agree on and advancing those issues in Washington. It’s easy to be skeptical that common ground really exists between us when we see so many headlines that reinforce the idea that we are a divided nation. The solution only becomes apparent when we separate ourselves from the political party that we identify with and give some honest thought to what we actually care about.  It’s what we care about that unites us.

For example, when we read about how divided the nation is on immigration issues, we might miss the headline that 88% of Americans are in favor of a citizenship path for undocumented immigrants who were brought to this country as children. As another example, most people can appreciate the ever increasing role that technology will play in the future economy. Could we imagine broad bipartisan agreement that America should be welcoming accomplished scientists and engineers from around the world to become our fellow citizens? Can you imagine a better way to weaken our international rivals and strengthen our own economy?

We believe that similar and compelling examples exist across healthcare, the environment, banking and finance, privacy rights and even gun rights.  Separate yourself from your party and consider what you really care about. It gets much easier to reach consensus when we all start out on the same side. 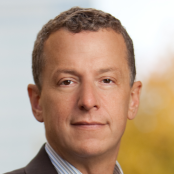